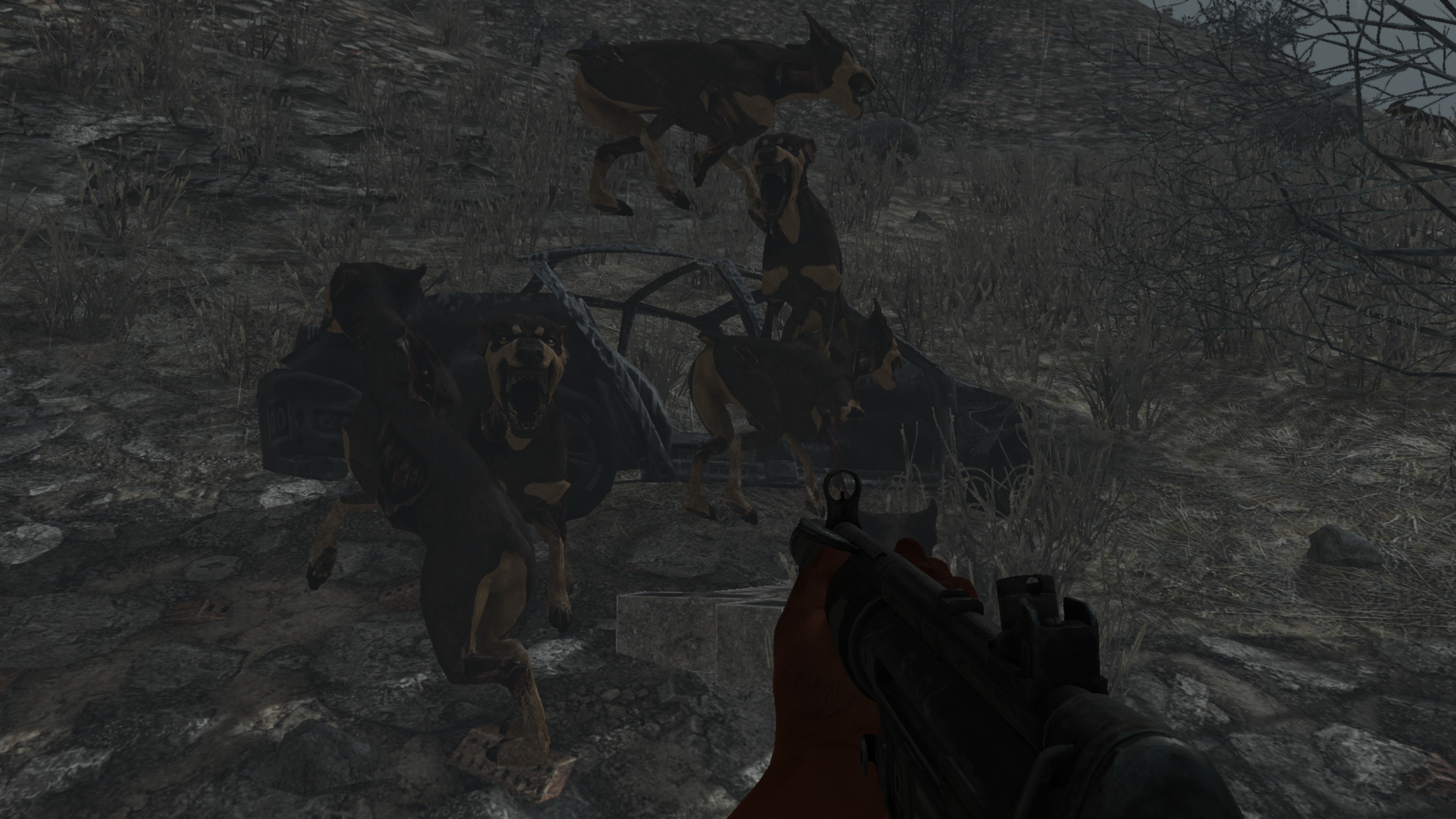 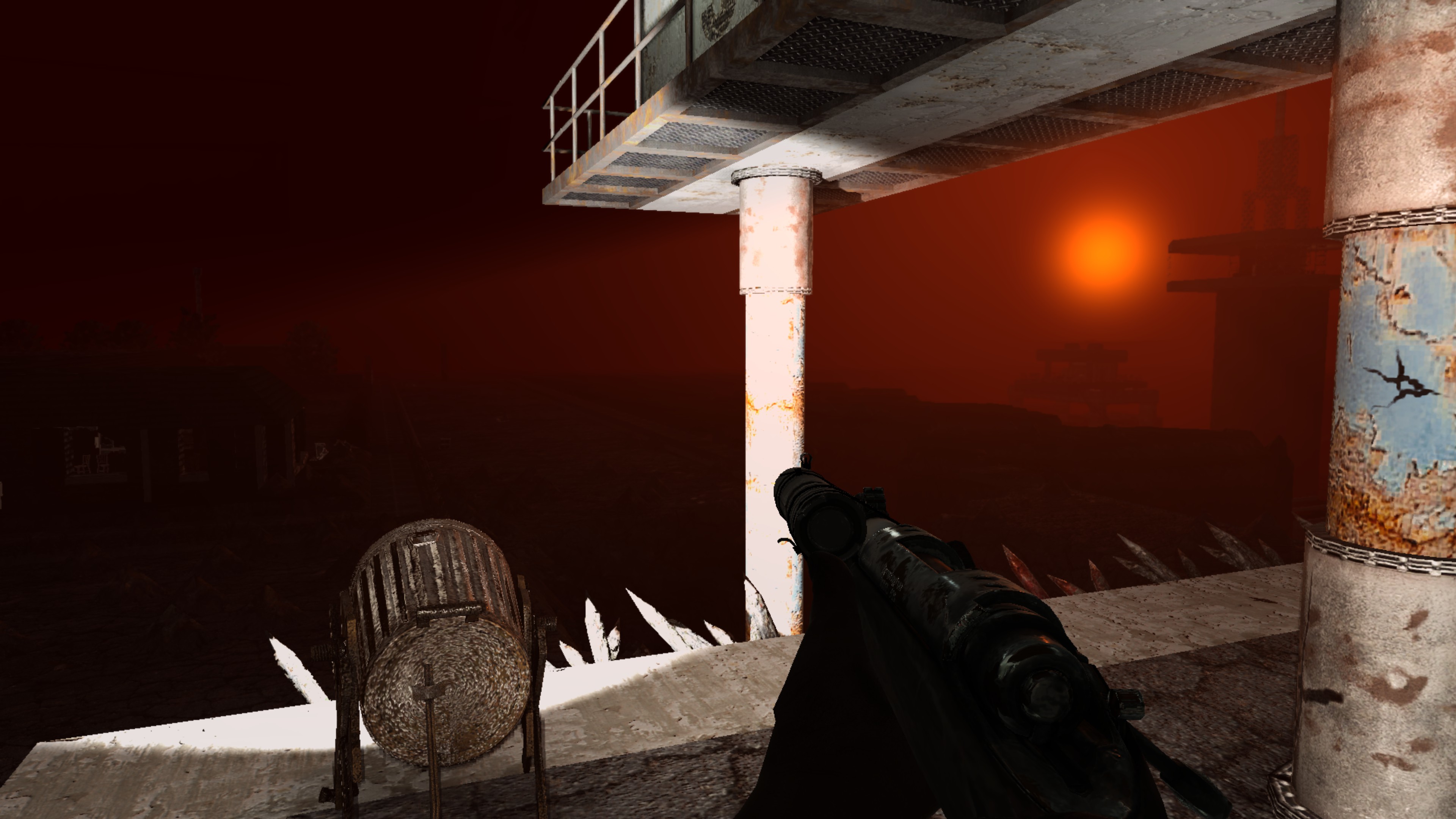 When the moon turns red, your gonna wind up dead....

Greetings survivalists, it's been some time since I thrashed out a blog and there's been many things going on since I last put my metaphorical pen to paper.   UMA zombies and player characters, NPC traders, world preview tool and distant terrain have all found their way into the game (among many other things).  Now these are quite significant on their own but now The Fun Pimps have taken it upon themselves to actually keep us whining bitches even more up-to-date with weekly Q&A videos, new game feature and concept videos and they still find time to chime in on the forums and answer fan mail.  To top it all off,  once the Alphas feature deadlines are up,  they push everything into an experimental build on steam for us all to have a taster and get some early bug fixing done.  There can be no doubt that A15 seemed to take forever to get here but the main difference from waiting for A14 was we knew exactly what was coming, we had a heads up on known unfixed bugs and when it (b105)  finally went to stable release we got a more refined, (and already patched 3-4 times) ready to play version.... happy days!.

The game has come a long way since BigC90210 first conviced me to shell out £15 for this early access (alpha 4.1, around the last time the guys at PC gamer played the game judging from their most recent review (and no I don't link shit)) zombie death-fest and the crazy thing is, after 2200 hours of game play and modding, I'm still frothing at the mouth every time Madmole drops some crappy looking concept picture into his video with a little bit of info on what the idea is and how he imagines it working.  There are many survival games out there but 7 Days To Die offers an experience like no other, whether your a PvP base raiding bastard, creative builder, hardcore survivalist or just looking for a bit of good co-op tower defense there's something to cater for everyone who enjoys the genre. 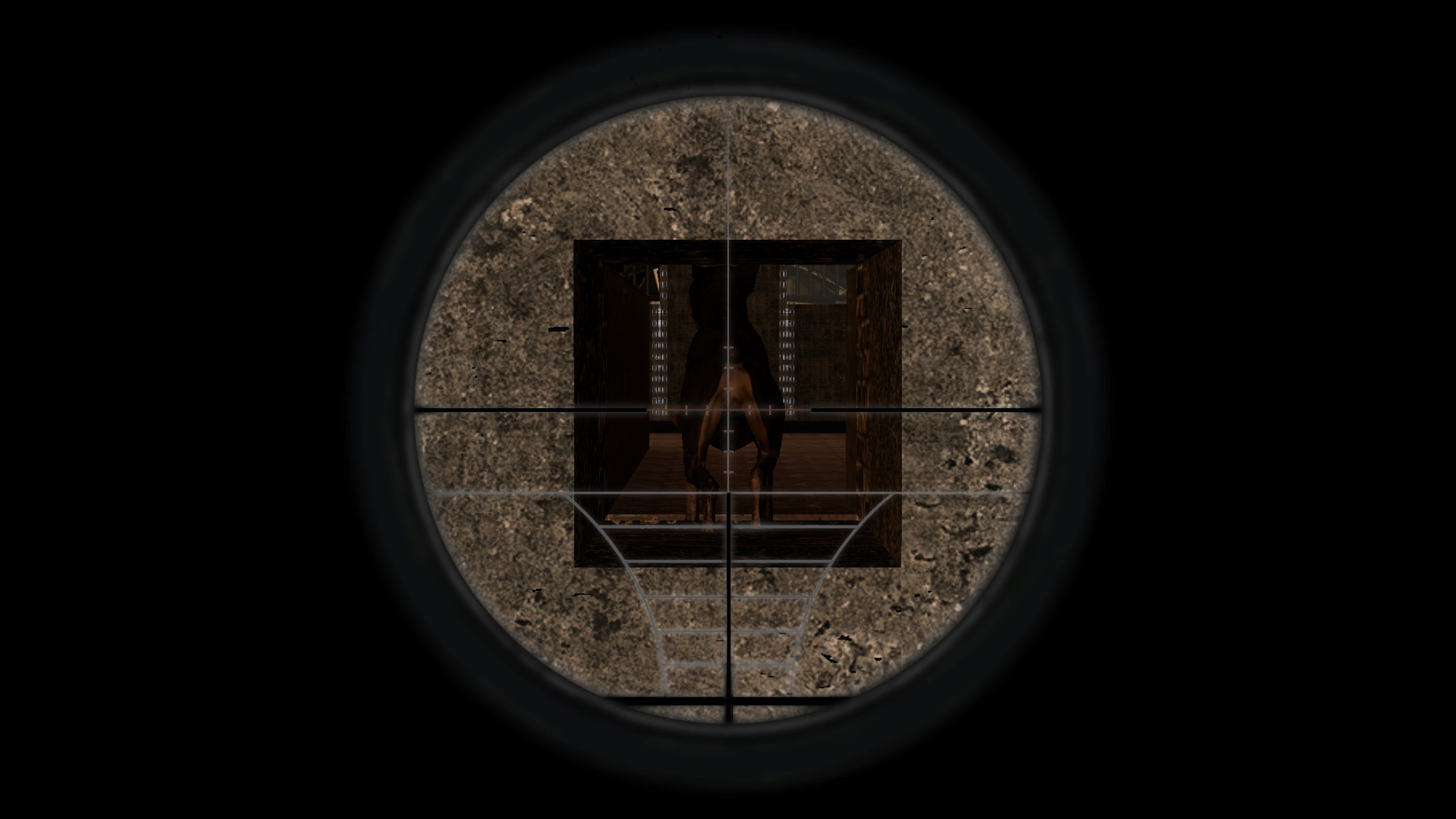 Since the early days of playing 7D2D, zombie dogs have always been a threat like no other.  From their days of super speed and erratic movement we've seen changes to pathing and hit-boxes, but no matter what happens, there is always one constant... they are still hellish deadly in packs and quite a common source of complaint despite the fact that above all else, they can be killed very easily.  Now this is old news to some of the older player base but for all the poor folks just getting into the game at this stage (or playing console) they can can be terribly overwhelming especially for the first few days when you have nothing and feel like your living an episode of Bear Grylls: Born survivor.

Those early days of a fresh play through are perhaps where the changes to the game are at their most dramatic, we have skills that need worked on, weather survival to consider and there's very little in the way of powerful equipment to be found near the beginning unless your lucky enough to bag a supply drop.  Life is hard, surviving in a world that is mostly in ruin would be really hard and we haven't even touched on the living dead wandering around trying their best to feast on our corpses too.  Factor in that 7D2D is mostly about the constant scavenge,  finding new places to loot or survive out of and leaving what you can't carry behind and more importantly... doing all of that during the day so you can hide away like a big sissy when the sun goes down at night.

Actually, when you think about it, adding the zombie dogs in at this stage comes across as a bit sadistic but as they are old friends I usually tell people to 'deal with it'.

DEAL WITH IT FFS!

Well Alpha 15.1 appeared around a week ago and it would appear that dogs showing up on day one is finally accepted as a death sentence and The Fun Pimps actually removed player spawns from the wasteland biome.  So the dogs are still there technically but hopefully they won't be harassing any survivors until they are ready to try deal with them.

The man with a plan, beard and rather large truck.

The 7 days to die forums are constantly crammed with new posts, ranging from the typical feedback forums, modders providing a range of services and tools, trolls waiting to pounce on unsuspecting newbies and there's even some console players figuring out that their USB port can fit a keyboard and be used to share their experiences too (of the 720p 30fps variety /flame on).

One particular area of interest to me though is the News & Announcements section which is home to the developer diary thread,  here we find the discussion on upcoming features planned for the next Alpha release.  Now in the early days this was the place we'd go for all the juicy info, ask questions and most importantly... complain about previously added features or changes.  When the pimps made our concrete blocks look like some kind of blue marbled crap, we cried, we were heard and they changed it back!.   Now the forum is used just the same as it was but Madmole (Co founder of The Fun Pimps) has now taken it upon himself to answering the first three pages of each fresh post in the diary in a Q&A style video and we get this on an almost weekly basis alongside gameplay videos and the odd sneaky peek at concept art.

The reason I think this worth mentioning?  I absolutely love 7 Days to Die, so having the opportunity to hear one of the developers talk about new idea's or features, answer questions and to do it while still sounding as excited as I imagine he was when they pushed out the first version, is amazing.  The sometimes rather blunt and to the point answers that would be a PR nightmare for the large AAA developers (well fuck those guys!) are extremely refreshing to hear and make 'Joel' not only feel like someone who is passionate about his work and running a good team, but a down to earth guy who loves gaming and wants everyone to have a blast with his offering.  I particularly enjoy the reasoning behind his answers, there is hardly ever a straight 'yes' or 'no' and the last video I watched ended up being Q&A with a hint of sneaky reveals, anyone who's really enjoying 7 days and wants to be in the know of upcoming features should defo check it out.  I hope this is a trend other games developers will pick up more often as it demonstrates a true labor of love.

The Northern-Lan dedicated server is up and running as usual, sporting the latest and greatest custom prefabs from the Compo pack, the biggest custom hub available in the game and rocking the Valmod Overhaul pack along with our tweaked spawning and difficulty settings to provide a truly unique 7D2D expirience that is not available anywhere else!