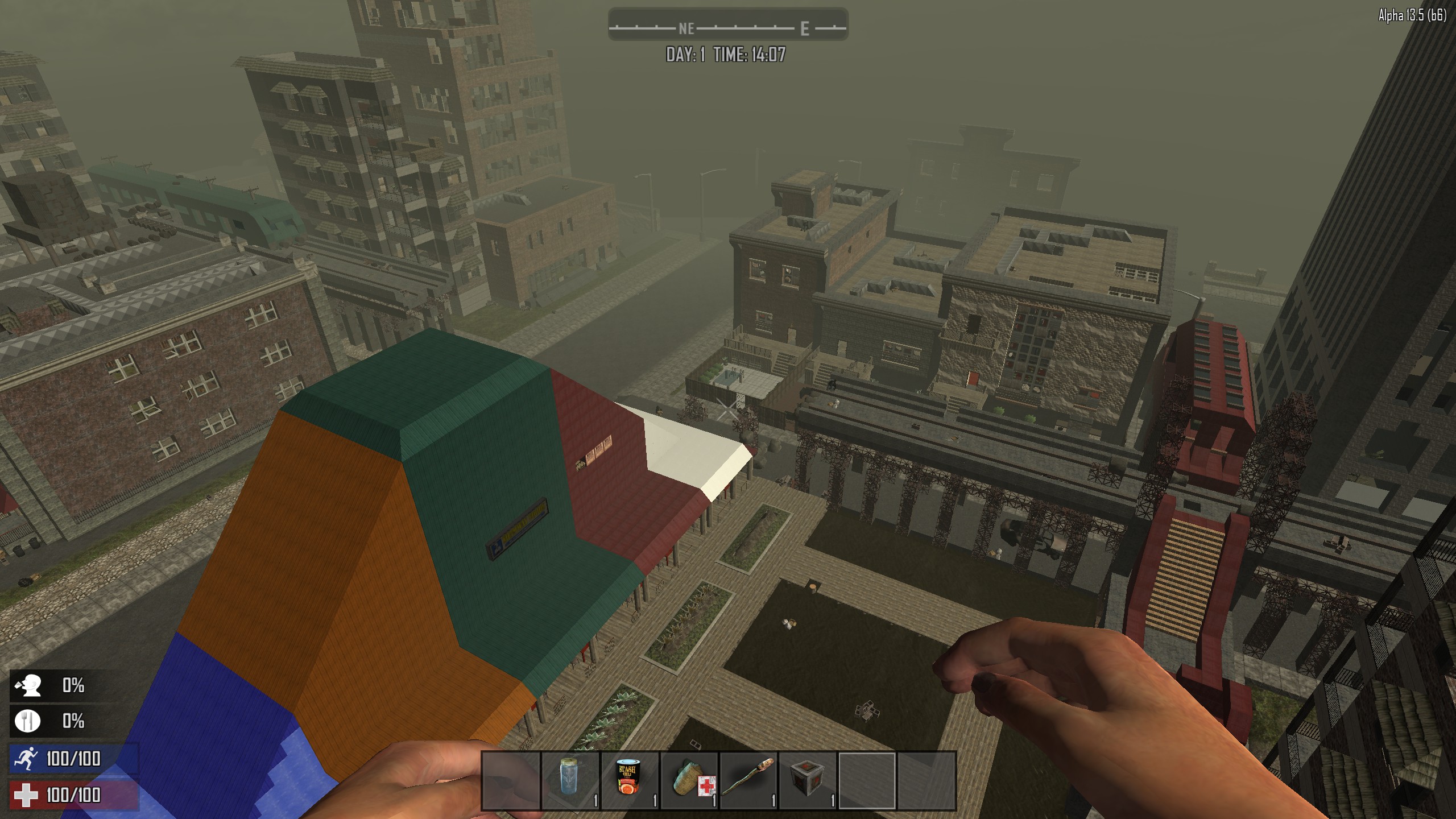 So we're a couple weeks into 2016,  it's been a long while since I posted a blog (I do have *reasons*) and Alpha 13 is up to it's 6th hotfix since deployment.   In short there's been a lot of activity and we've really just sat back and went along for the ride while bugs were squished and the multitude of issues we had with custom prefabs and getting them converted and ready for use in A13 got sorted out.

While a lot of people were tucking into their turkey, I was flying around with my admin axe and a bunch of concrete converting the subway/sewer system prefabs, giving them a slight face lift in some areas and having a play around with the entity spawns in them.  They are mostly the same in layout than their A12 counterparts but there are enough tweaks and changes to give them a fresh feel.

I was talking to BigC between Xmas and new year, he was obviously getting excited about a new A13 map, I've been blogging about this stuff since October.  The big spanner in the works was A13 changed the way custom hubs were plopping prefabs into themselves,  a lot of the road grids were perfectly fine, but each hub in the compo pack was knackered and not playable at all.  Magoli worked like a machine (and still does) and with help from a few others started correcting all the issues the compo pack had.  Miss rotated beds, pipes and a bunch of other blocks are really a minor inconvenience, but I knew early on that it would quite some time before we could piece together the map we'd been showing off for months now.

We decided to roll out an A13 map, what your playing on now, as a means of providing people with a way of getting in and learning the new systems, water, exploding zombie heads, dying of heat exposure, dying of heat exposure again fetching my backpack, freezing to death after deciding the bag was not worth it and moving to somewhere colder...  Now at this stage we had compo pack 14 I believe, so I setup a giant hub, much bigger than initially planned and flesh it out with the converted custom prefabs so we at least had access to the subway/sewers and a bunch of cool custom stuff inside the city.

It was kinda rushed, the mix of prefabs is terrible, and unknown to me at the time, the brand new custom hub rural areas the pimps had added were also rather broken (I should add thats probably why they were commented out, I just used them and didnt check till too late).  So the end result is we almost have the city hub planned for but the rest of the map is pretty boring/crappy.

So moving on, we have a new mixer that *works* with a couple issues, that may or may not be related to the vanilla game not the actual custom stuff, I'm honestly not sure.  Those in the facebook group will have seen it already in action,  all the big custom hubs are back, the city is structured much better with a decent spread of buildings and minimal amounts of the ruined crap that plagues our current city.  Since compo pack 16, we have a beautiful wilderness,  even burnt forest is looking awesome when actually populated with stuff other than dead trees and embers.

So where does that leave us now...

I will hold my hand up and say I am a bit of a twat, I want to purge the current map with holy fire and would have done it the instant compo pack 16 dropped.  Theres a couple of issues regarding the new mixer, but until I have clear indication of when it's needed, it will sit gathering dust, so decide how much you want to keep your current base Vs playing on a decent not rushed map and make your voice heard.

BigC is a sloppy wuss (its true!) and does not want to force people to start again....again? where as I'm of the attitude when people get bored they are bored so lets just purge the map and make it happen.  There are pro's and con's to how long we wait and your opinion matters in this regard as I don't play so much atm (Project Slaanhatten wont let me) so I have very little in terms of progress to loose (not that I would care anyway) but I do understand where people who do are comming from.  If theres a way to meet in the middle (stored char data transfered maybe?) we will try, though I will outright say no to any form of map splicing with old region files on a new game, it will look shit and require time to make not looking so shite, or time to work out how to do it with minimal eye fuckery.

Everything aside, happy new year everyone!

Project Slaanhatten is eating my life, but I expect some kind of release could be as little as a few weeks away, If you are a prefabber, or have plans to be building any kind of substantial works, then keep an eye out because this project will be for the likes of you and we are gonna be picking peoples jaws up of the floor when they actually get to run through it and see what it's all about.