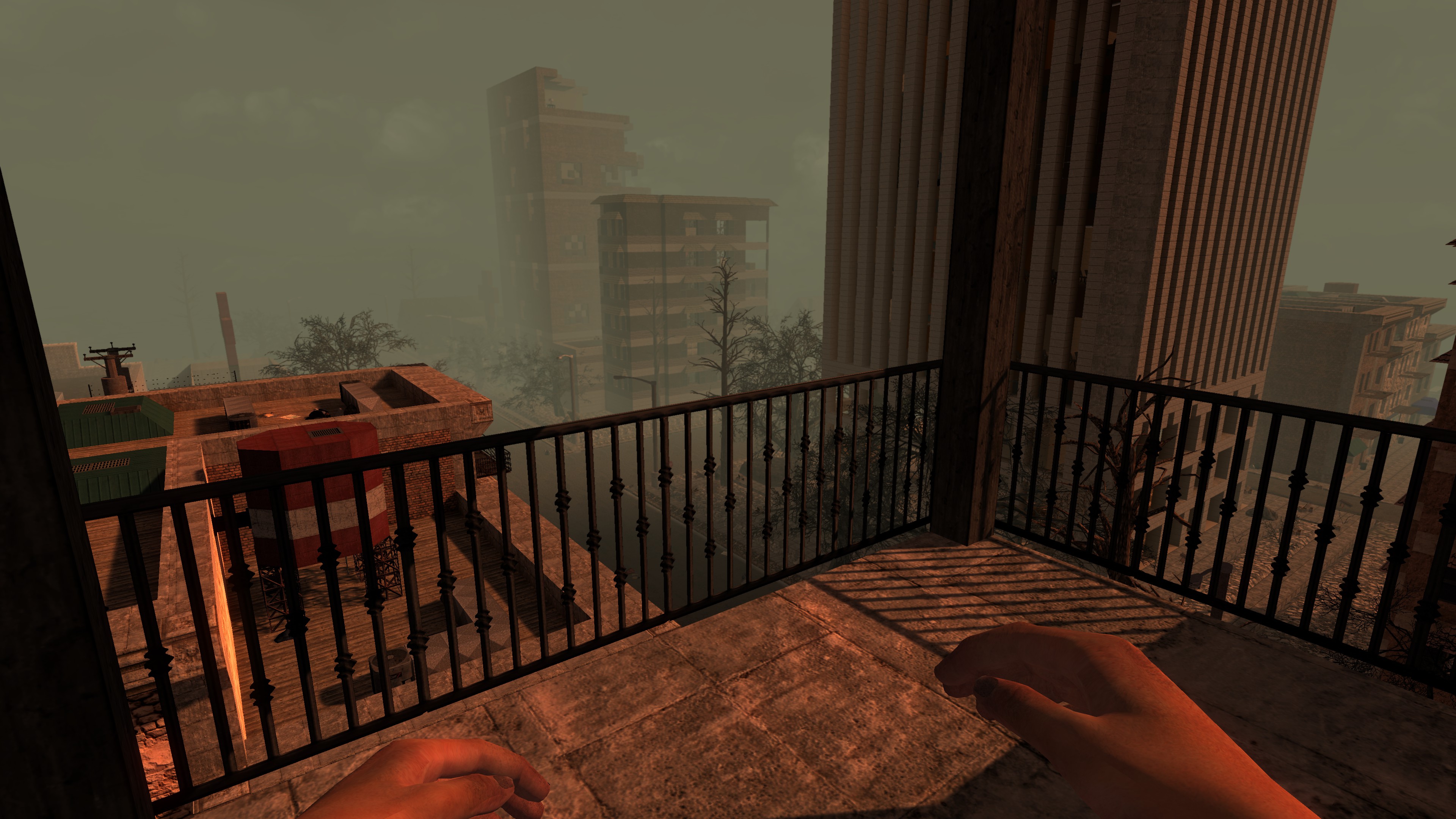 So the end of August is upon us, our live server population has seen its ups and downs but we seem to have a steady increase in regular players, so a big thank you to those who are voting and keeping us in the top 30 this month.  I wish I had a quote from the source, but the going rumor at the moment is that A13 is due mid September, only a couple more weeks if everything goes to plan and hopefully no longer than a month(ish) if the Fun Pimps get bogged down with delays.

As Alpha 13 is looming ever closer, it's time go start showing you guys exactly where we stand with the new map and what I've spent the best part of a few weeks working on.

Here's the most recent (and highly detailed) plan for our map. 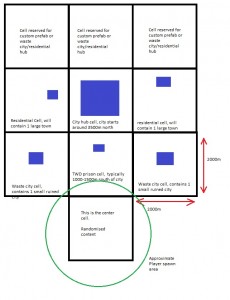 First thing to mention, the city hub we've been shouting would be at the center of the map, is now almost 3500m north depending on the seed placement.  The main reason being, we don't want hackers to have easy access to the city.  Anyone looking at the live server map can see a couple of regions that are mostly blacked out with corrupt chunks, these two broken regions are also locations for players to respawn/start the game.  There have been cases on our server where hackers, rather than burn your base to the ground, exploit a bug which corrupts the chunks themselves and erases anything in them, also preventing the chunk from being excavated or built upon.  Allegedly the 12.5 update has fixed this bug so the hackers may switch back to super guns or explosives but as a preventative measure, we have moved the city and our fixed spawns north.

Non of the hubs depicted in the diagram are drawn to scale, it's just an approximate guide to where things will be.

It's looking awesome.  I had a few initial issues filling all the city blocks (now using our first iteration of custom ones!) with prefabs, then I had an issue getting them to mix up better, then the prefab pack got updated as mentioned in my last blog and I had to start again to introduce the new buildings.  It does not help that this is my first time working with XML documents/modding in general and it's been a rather slow learning process consisting of mostly trial and error, if not for the work Sa-matra and Magoli have done already I fear I may have been lost without hope of being found.

To get a better idea of the placement of  prefabs and deciding what I needed more/less of I came up with the following diagrams, which while time consuming to make (I'm a sucker for MS paint), give a good idea on loot distribution. 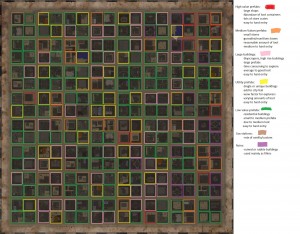 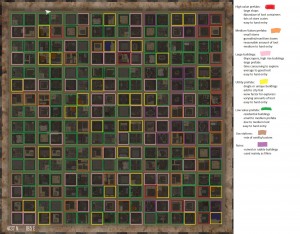 Its important to note here that I needed a way to classify as many prefabs as possible into as few groups as possible, hence the vague descriptions to the side.  Both of these images are taken from an old mixer, but the point to make is it's a lot easier to spot where the problems lie, the NE corners on both images show that almost all of the large convenience stores have grouped together.  Another important point is that just because I have labeled a prefab "low value" does not mean that its not worth exploring or looting, just that it may only have a single gunsafe or munition box or just simply be a basic house or residential prefab (vanilla apartments are included in this group).

I don't have the willpower to make another 256 coloured  squares to show the most recent maps prefab distribution, but here's a sample of the current mixers city. 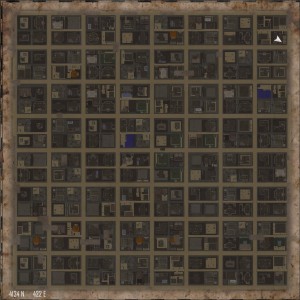 I've not really touched much on what we are doing with the rest of the map.  Our city hub is and will be the centerpiece of the map but I don't want people to think that is all we are doing.  I've mentioned several times throughout my blogs that the rural and town hubs have a whole new flavor with the prefab pack mixed in and the wilderness POI's are a lot better now.

Looking back at the first city plan diagram you can see the cells adjacent the main city cell contain custom hubs too.  Some of the community prefabs are simply too large to roll into a city, or in some cases would look out of place or be better suited elsewhere.  This post started by a community member is a collaborative effort to try and decipher the rwgmixer and how to spawn in custom prefabs as hubs, otherwise the only way to enjoy some of these creations at the moment on multiplayer is to transfer your map to a single player game and use hal's prefab editor to place them manually.

With a straight copy/pasta of the code I've been able to spawn in the TWD prison prefab (by lazman) through the mixer. 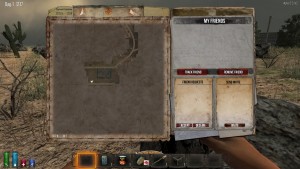 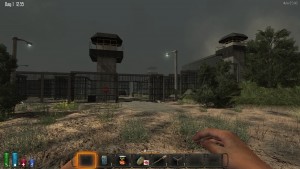 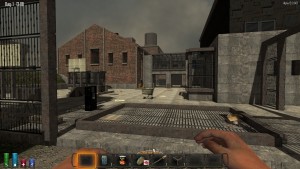 However...  we've hit nothing but bumps when trying to reproduce this technique with custom groups or more than one giant prefab, so its looking like manual entry will have to do for the rest of them.

To try and recapture the feel of Navezgane decided early on we wanted the center (3000m x 3000m) of the map to hold a lot of attraction, hopefully making players want to stay reasonably close to share in whats going to be, the best looting spot on the map. 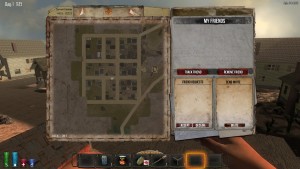 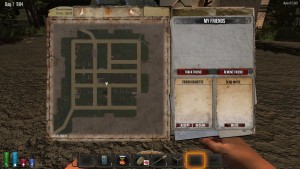 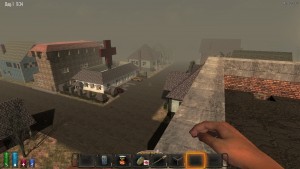 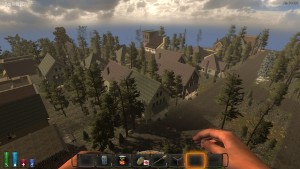 Currently I've fixed a large town to spawn east and west of the main city in adjoining cells, to me it's the place the minimum wage city workers would live, they typically spawn quite close. Other worthwhile changes include:

The corner cells of the grid (on first diagram) currently house a small city magoli created in his rwgmixer filled with ruins and rubble, they will be unique to the center of the map and while underwhelming loot-wise they add a nice vibe to the map (and more cars to loot) and help us keep some density to our world within a 4-5000m radius from the center 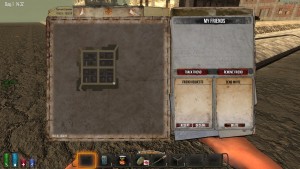 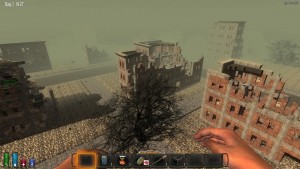 I'm not gonna lie here, the city can have some negative effects on your FPS and I do worry it might be a bit too intense for people with older rigs until we start breaking lights and looting torches.  Maybe the idea and concept of our city is not your cup of tea but you would still like to chill with us because we're really cool.  Either way, once you start to approach the 4000m mark there will be little to no fixed spawns and the random gen does its thing forever unhindered.

There are a ton of prefabs I nuked from the city mix because of bad performance or just not fitting in and they are all mostly left unchecked on the wilderness POI list, there is a lot of opportunity to find good desirable loot spawns away from the center, but you may find yourself exploring for a long, long time before you get everything your looking for within an ideal range of each other.

There's still a lot I would like to do but we are approaching the point where the city is looking good and I'm confident we can get it ready in a reasonable amount of time come the A13 launch, I'm just eagerly anticipating the new version of the rwgmixer (gut feeling says water biome is back and lots of changes).

As usual feel free in the comments to tell me I'm full of shit, why you're right and I'm wrong or maybe start thinking about some end of alpha 12 party ideas before we nuke it into oblivion, we could even make it competative and give the winner/s a headstart come alpha 13 ;D