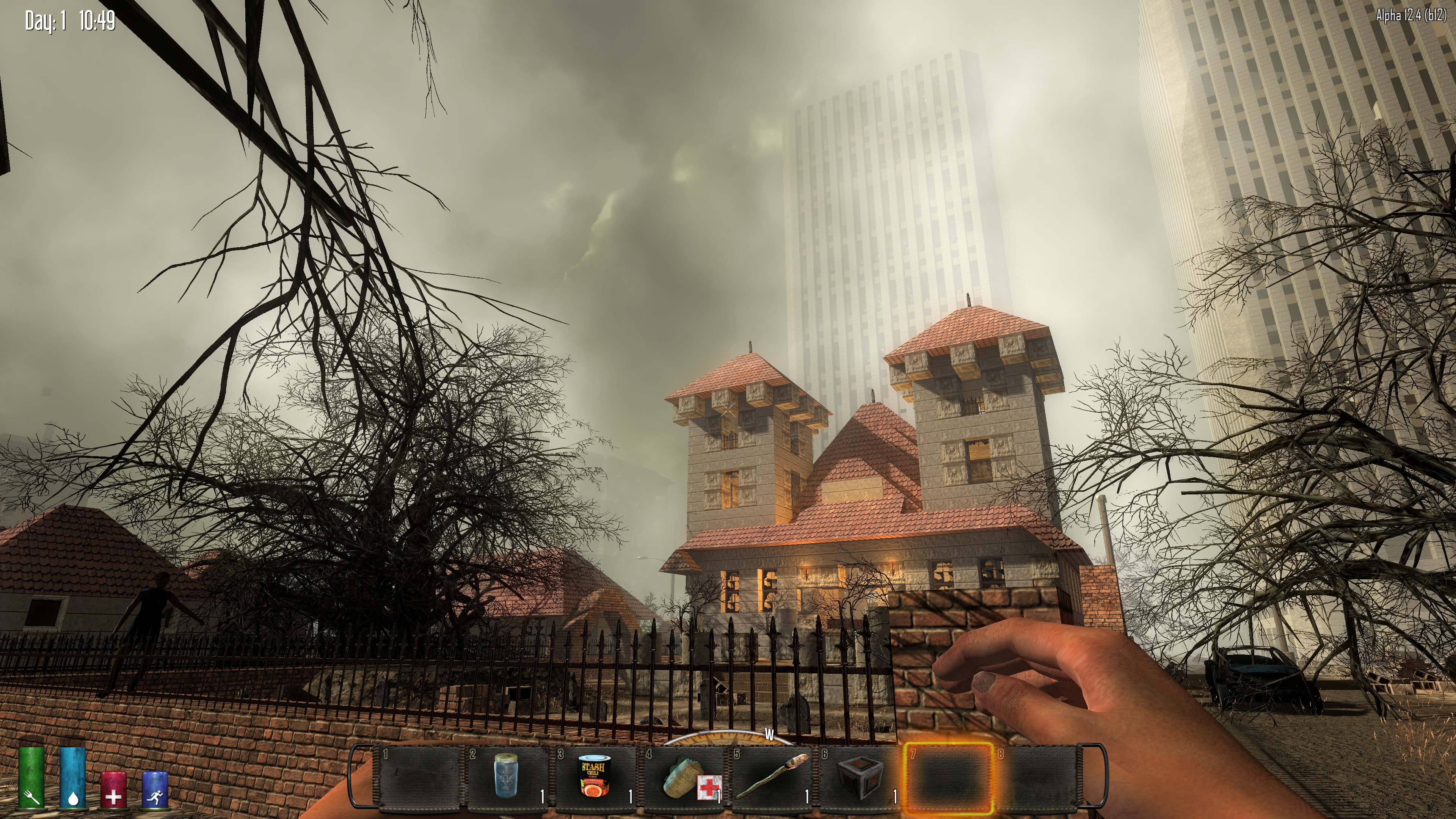 From the neatly placed rows of picture perfect housing in Diersville,  Coronados' grab-a-snack corn fields.... and dog spawning barn of death, Navezgane provided plenty of static locations that became more like personal landmarks based on their value of loot.  Even on a fresh game the direction you took would be largely based on what buildings and sites you wanted easier access to for repeat visits.  Places like Diersville became a bounty of abundance... if you could survive the bandits and zombies.

I loved Navezgane so much... I've never had a single survival game in it since random gen,  truthfully I rolled a survival map a couple weeks ago just to find out how big it was.  Turns out it is 3000 x 3000 blocks, not really that big at all.

Random gen cooks up something unique on each game, scattered towns and rural areas mixed with small city hubs,  glued together by a vast sprawling wilderness.  It's ability to just keep spewing  out these cities forever is affecting the way players overcome PVP (aka i just robbed you blind, start again).  Instead of working on a discrete hiding hole to stash your gear in, you can run off into the horizon till you get a hub that is undiscovered and all of your looting needs are taken care of.

The 'dream' for me was logging in prime time after work, getting together with some of my friends and re-scouting our local area for any new neighbors worth robbing,  checking our base, making sure we had plenty coffee+tools so when the full group was on we were ready to kit up and cause mayhem (aka getting killed and robbed by other people).    Even when you get to the testicle grabbing stage of taking your base above ground level, the threat of attack during construction* was often a factor in the design and shape your fortress (or soon to be ruins) would eventually take.

(*from players,  zombies ain't interested in the 30 mins crafting time for stacks of frames)

I don't think the answer is to go back to squashing 48 people (yes thats a four-eight!) back into a 3k x 3k map, but I do think the map can tackle a big portion of peoples tendancy to spread out so thin without ever having to really enforce a world border or restrict peoples desire to explore.  I'd like to see a map where finding a good bunch of PoI's holds a lot of value, where we have a single large city hub filled with buildings and loot containers that will otherwise be very rare to non existent in the wilderness.  More importantly trying to instill the feeling of not wanting to move too far away from the center city and working on risk vs reward when approaching the types of prefabs/hubs used and how/where they are placed.

I've been playing with our rwgmixer, looking at how other people have used it to build their maps, working with the custom prefab packs that are available via the official forums and having many late night mumble chats about how we want to deliver our vision of the new map.  In my next blog I'll put up some pics of what we're doing with the planned center city hub and a more detailed explanation on the reasoning behind it and what its been like play testing it.

Feel free in the comments to tell me I'm full of shit, why your right and I'm wrong or constructive views on how the game has become better/worse with random gen and what you miss from the old days of Navezgane.