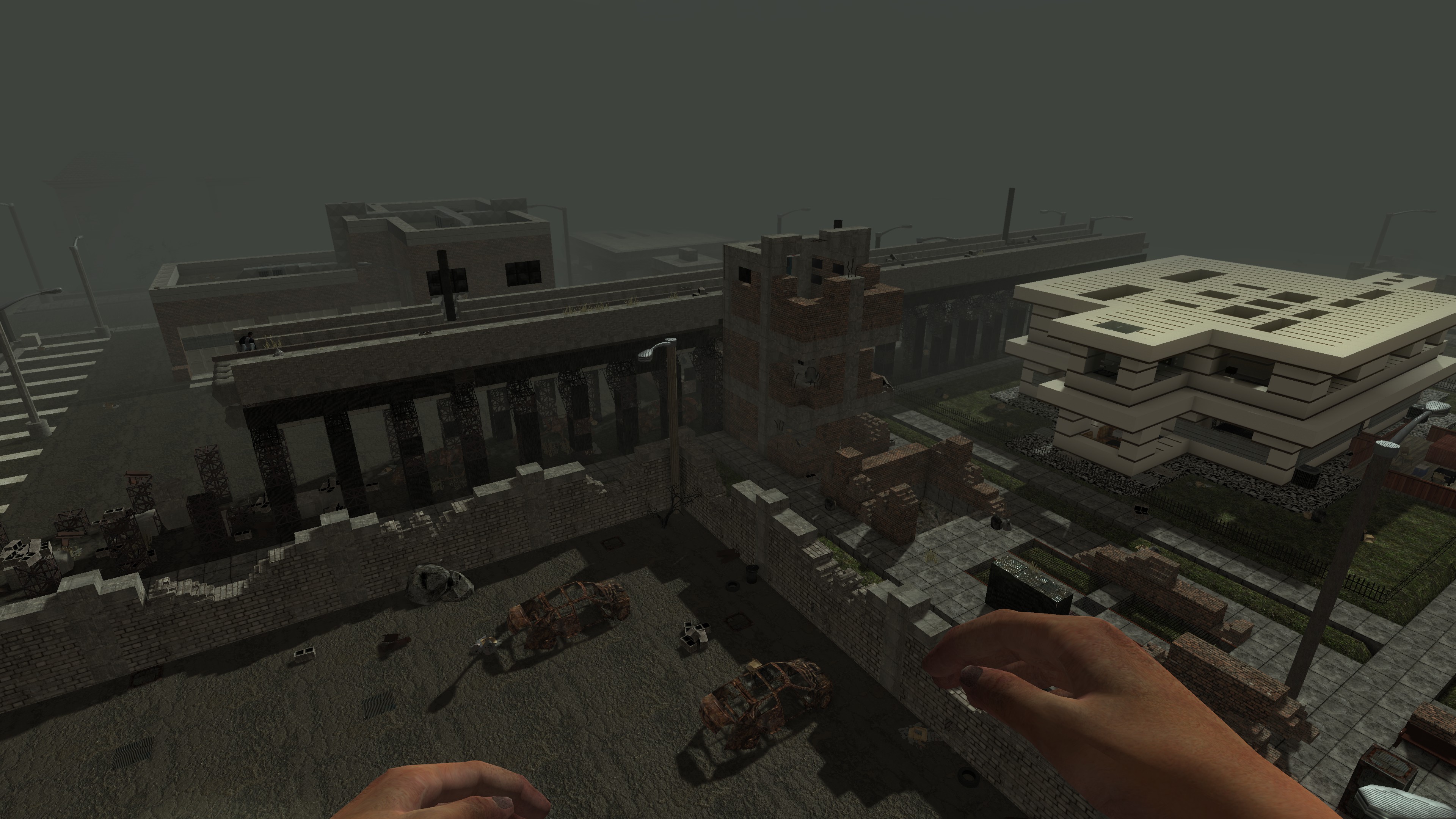 So it's been over four weeks since the last blog, in all honesty when we begun talking about making more of an effort to push out a higher quality custom modded server a few months ago I thought by this stage in time we would be enjoying the fruits of our labour and shooting the crap out of zombies.... and maybe some people.  Alas, the pimps keep teasing us with some awesome videos and blog entries but A13 is still nowhere in sight.

I did mention a little while ago I'd be away for at least a couple weeks, then Guild wars 2 released an Xpac and on top of real life commitments it made getting back into the swing of things here a bit more of an effort than I would have liked.

It was a little unnoticed but the custom city blocks you've read so much about (the sewer/subway system) were re-released around two weeks ago.  The sub levels are looking much better than they ever have, the subway carts/stations were given a face lift and each tile was given its own zombie spawners in various places and the surface layers were re-done in the style of the vanilla cityblocks.

Now some of you may be wondering what happened to all the crazy stuff I had going on on the surface layers between the buildings, things like the train tracks and surface station, the more pedestrianised walking areas and various other little mini builds to add a little flavour?

Well they are still there to be downloaded, they are compatible with their updated counterparts but I'm afraid to say that they will be discontinued from this point on.  However much I champion the custom city blocks they did create a lot of unexpected issues, mostly insignificant or minor but they do have the potential to grow worse the closer the game comes to release.  Also it is worth adding at this point, they are not the best way to achieve what I want and although I put a good 300+ hours into creating them, they are the inspiration for what is to come...

So what can we expect moving on into A13?  There have been some massive breakthroughs on the offical forums with regards to custom prefabs/hubs/maps/mods, in particular something I've been looking at for quite some time is the potential of the custom hub layout code but more on this in a bit.  Many of the gigantic prefabs are now a part of magolis' compo pack (now up to version 11!?) and have been deployed to our maps via the custom hub code.

I think at this point, what you see on the test server is going to very closely resemble what we put out with A13.  We will have our large city hub surrounded by eight unique hubs which will range from the waste city/towns to the Coronado farm, an asian themed town filled with custom prefabs as well as the pikero slum (hands down one of the best and most detailed prefabs to date).

Since the pimps released a lot of new information on the A13 zombies we decided against making the changes proposed in the Headshot blog.  They will be different enough to justify just holding back and waiting to see how the pimps deliver them.  I do foresee changes in the future, but for now I think its best not to rush and see what players make of it all and where the complaints will be.

Ok so its very early days to be talking about this but the way the map development has come along there are some things that I would like to share.  Little tasters of what I am currently working on...

A new map.  We are at the pinnacle of Alpha 12, the prefabs and hub code really set the modding forums on fire and people have been building/producing stuff on an almost daily basis.  The next stage is to harvest the best and most applicable ideas and mash them together into the next great idea.  One particular thing that bothers me at the moment is being tied down to one custom hub per cell, it means currently we have a 2km squared area that will contain between 25-35 wilderness prefabs with a singular hub dotted somewhere based on your cell offset.  What this means and you can see it very clearly on the live/test server maps, is things like towns and small cities are popping up in every other cell and players like to spread themselves over them and we are left in some cases with huge areas of nothing but random wilderness.

I was going to edit the custom hubs, bring maybe two or three of the larger ones into a single cell with maybe a small town to try and flesh the area out a little more, so instead of having lazmans walking dead prison sitting in the center of a 2km x 2km cell all on its lonesome we could maybe get a hospital or something else in there too.  Its not an ideal fix although I do firmly believe it would be a step in the right direction but I have had a niggling feeling for a few weeks now when I think about it, there has to be a better way.

Now this is also very similar to how I wanted some park areas or maybe a hospital or larger prefab inside the center city hub, but because of the way the mixer builds the city, it would be possible to add the cityblocks to the groups but once random gets its fingers on the code....

It basically boils down to "I cant put stuff where I want it" using just the rwg mixer...

I love what I do, I am starting to really enjoy the creative process and more importantly, we get a lot of positive feedback which is further inspiring to push this stuff out.  At its core, the project is first and foremost, for our server community,  a way to continually add and improve on our urban survival theme.  However It will also be publicly available from the first release.

I aim to develop a system through the custom hub layout code in which I can create a modular city.  It will allow me to not just deliver what you see on the test server, but to also give the community a very simple and straight forward thinking method of adding and editing any or all of the particular project depending on the needs of the player.  It will give content creators a system to build to (should they choose), but still be flexible enough to allow average Joe who makes one giant prefab in his life to make his work a part of something much much bigger.

I would like to say more, but this is nothing short of a project of gigantic proportions and I would like to make sure I have the foundation set solid.  Work has already commenced and you can expect a more thorough blog/offical forum post when its ready to be unleashed.