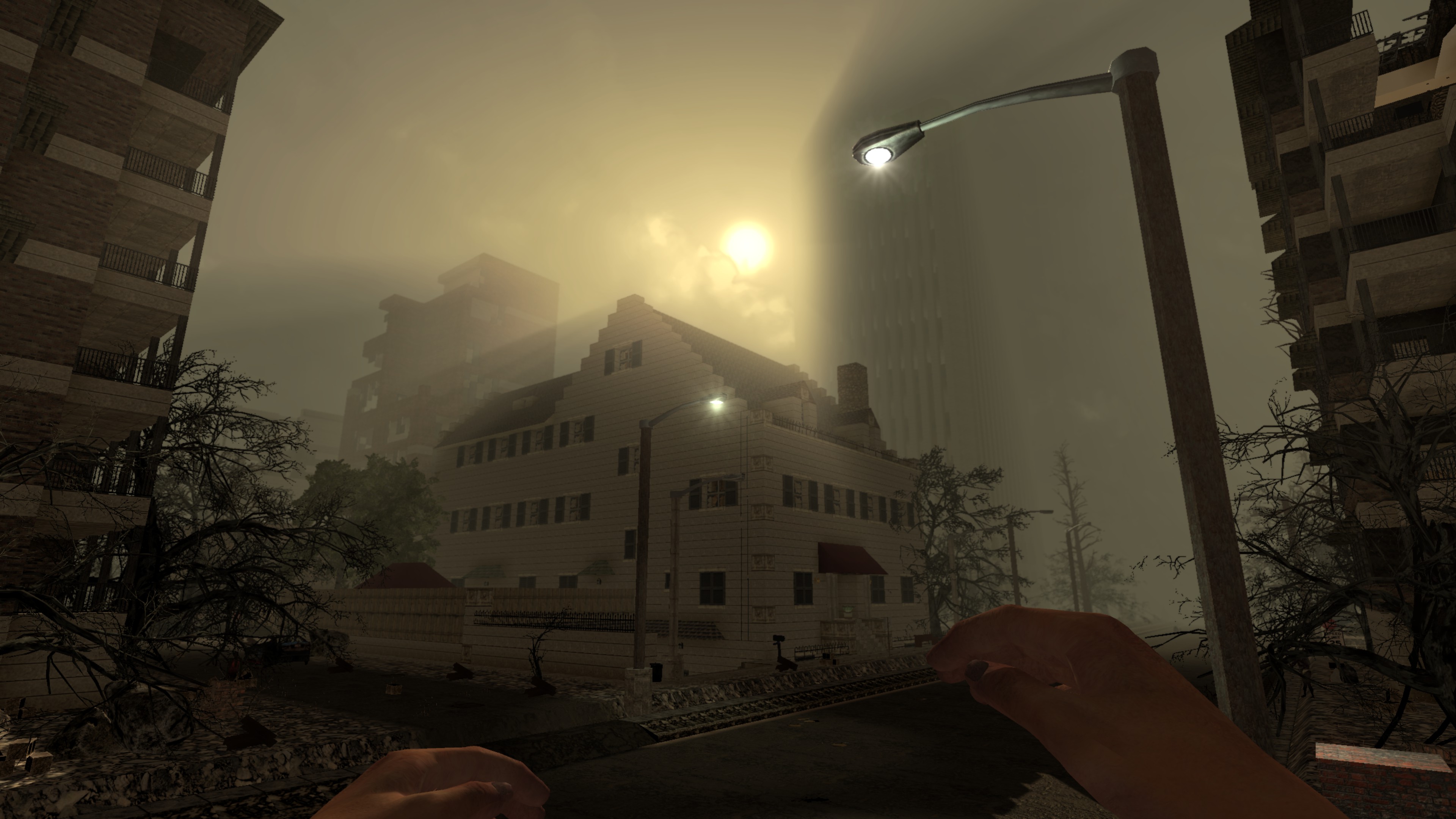 The clouds break for a few moments, it was a fairly dark morning and the shadows being cast along the street cause me to pause for a second and glance up.  "Wow" I hear myself say as the almost midday sun is casting god rays of light between a skyscraper and a partially ruined apartment,  drizzling golden sunlight over the smaller buildings beneath it.

Ok so with the little teaser out the way (don't worry more details below) its time to start spilling the beans on our new map and give people some idea of what to expect... or in some cases what not to expect.

One city to rule them all:  That's right, one central city hub, one giant loot pinata sitting with its legs open at the center of the map.  It's a beast and we've trimmed out all the prefabs that did not feel like they belonged in a city.  You can expect high rise buildings, lots of apartments and shops and a whole bunch of some of the finest prefabs the 7D2D community has to offer.  Our city hub just keeps getting better and better, with scenes like the one above being found on almost every street corner. 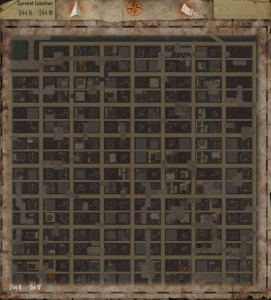 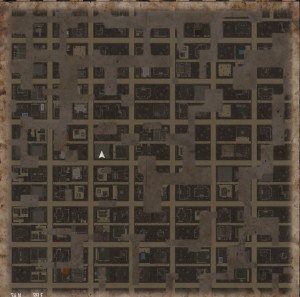 I've got it consistently spawning a hub that is 8 x 8 city blocks, that's pretty much 64 city blocks with up to 4 prefabs per block.  There's still a bit of work to be done with the way prefabs are grouped within the rwgmixer to get a more mixed up city but these map pictures hopefully give you an idea of the sheer size, which for the record is around 1000 x 1000 blocks. 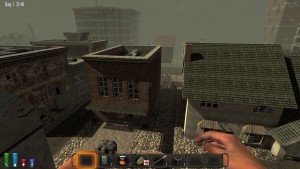 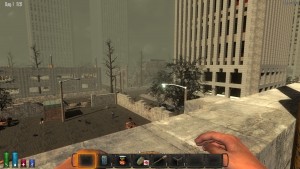 Towns and rural Hubs: The main change here is the injection of the custom prefab packs,  you will still typically get a whole bunch of houses as usual but the one or two shops you may be used to spawning you might find have been replaced with other custom prefabs instead.  A common occurrence for me in vanilla was the shop+shop+house rural road spawn and I'm pleased to say I've not seen that particular combination appear yet.  Now these along with the wilderness POI's (points of interest) are the only prefabs you will find outside of the city hub, so when you find one that has for example, a gun shop, or some other prefab with juicy loot spawns, you have the option of being less reliant on the center city for your gun parts and can maybe utilize that your advantage. 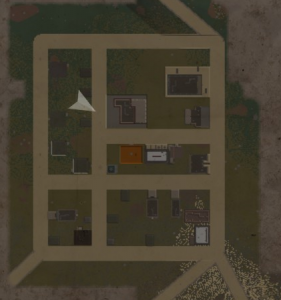 A particularly interesting town hub, how so? 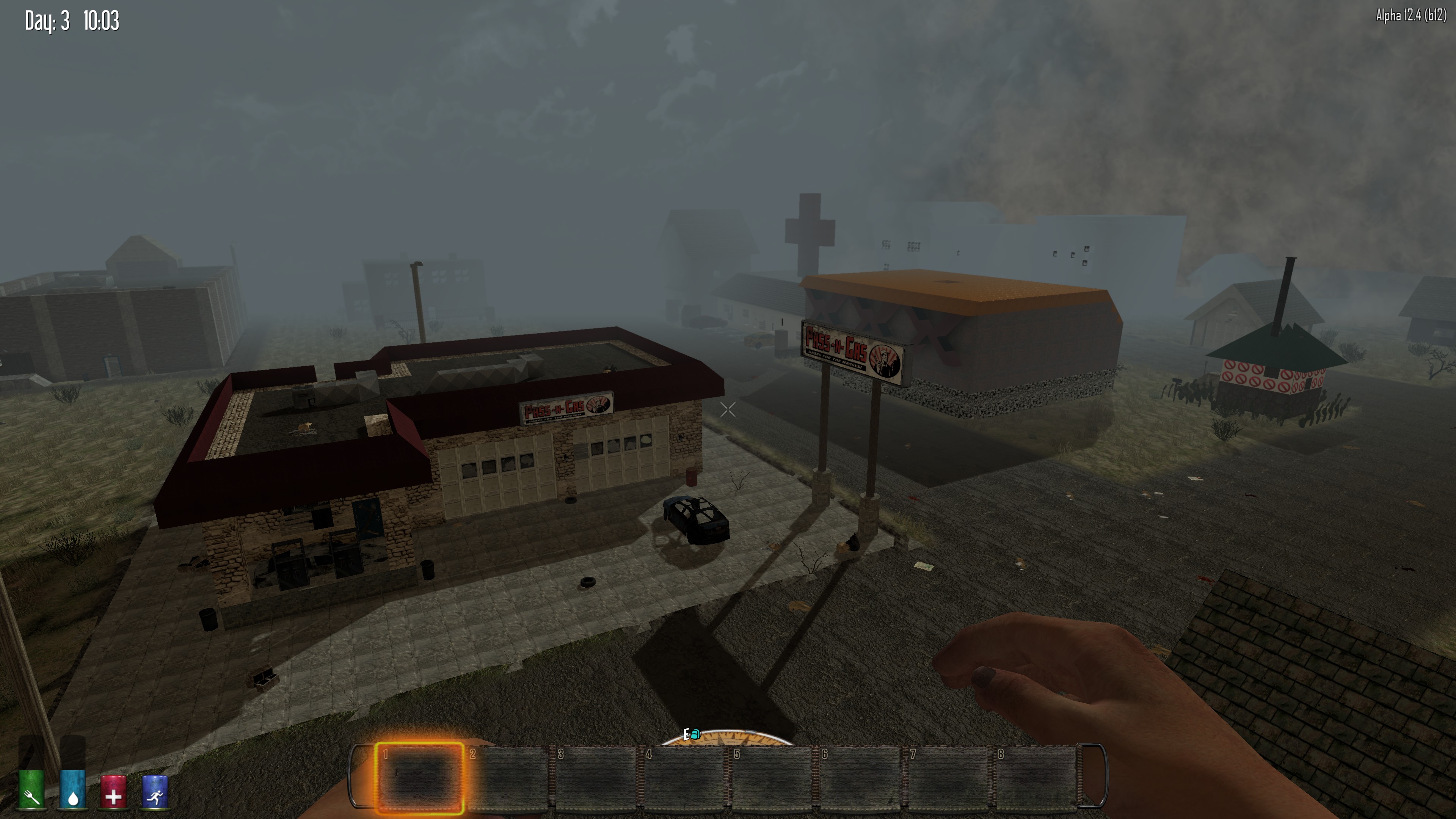 Yes they did open a medical center next door to the strippers....

The great wilderness: The wilderness is as barren and as beautiful as its ever been.  As with the Town and rural hubs, all of the custom prefabs have been added to the mixer.  We're dropping a lot of the ones used in the citys, so no skyscrapers but we've also added a lot that we removed from the city hub.  We still have some rather large empty areas of rolling hills or forest but there's still plenty to find.  One issue I'm having atm is a lot of the same prefabs are being repeated quite often, even though they are nice, variety they say, is the spice of life after all.  One thing I'm noticing is our gravel trails are becoming their own little network in their own right, often splitting up and linking 5+ prefabs together. 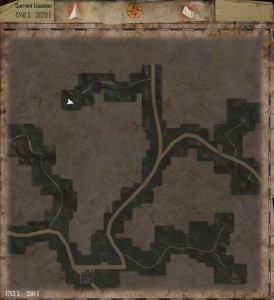 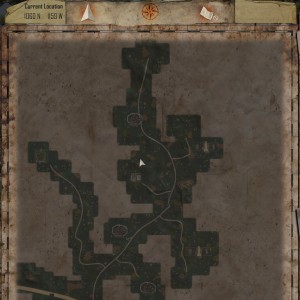 Other things worth mentioning at this stage are that we intend to stay up to date with the community prefab packs etc, cherry picking the ones we feel suitable for the environment we're trying to create, especially things like the walking dead prison and large hospital which we'll situate near the center hub, with the intention of having a reasonably well built up area at the center of the map that the random gen can flow from.  Once the mixer is spewing its magic more consistently then we'll take a look at the biomes and maybe re-introduce some water and burnt forest.

I've had some spare time to play test some of the city hubs and was going to include a section on that here too but I've decided I'll cover the play testing, urban warfare and city prefabs in more detail in another blog I'll throw together later in the week.

Till then, feel free in the comments to tell me I'm full of shit, why your right and I'm wrong or constructive views on how you would change the map, what prefabs you would like to see more/less of and more importantly does this concept interest you?