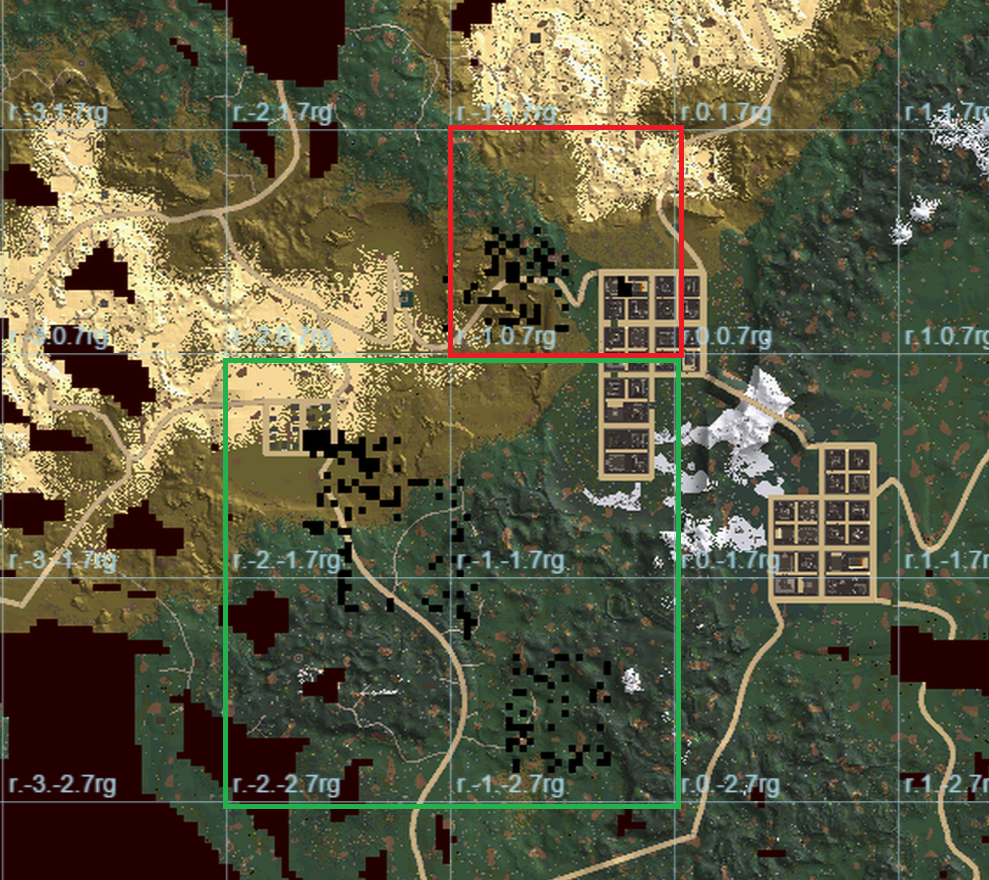 Whilst looking at the server map it has became apparent that the corrupt chunks were getting progressively worse, so I made the decision to clear the region files in green so that the regions didn't become totally broken.  The region in red I have left as I think there are some player bases in there and I'd rather not reset the region and destroy someones' base.  As mentioned in my previous post, to avoid this happening in our next world (A13) we will have the spawn points outside of the city, so when hackers come on, corrupt a chunk and be insta-kicked, if I have to replace the region file at least it won't be one with tons of prefabs/city in it.

Still, even though I was reluctant to destroy/recreate the regions (as I didn't have a backup of those regions from that far back in time) at least its now a LOT less broken, as we can see in our after shot here: 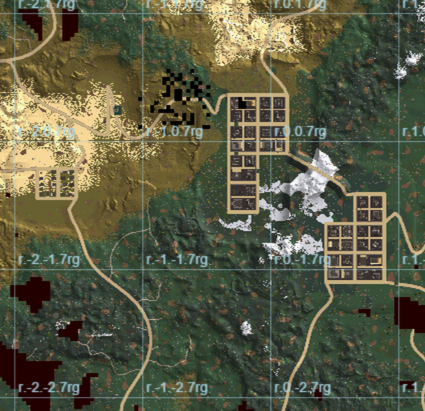 Lesson learnt for next time eh? don't give players the privilege of spawning right in the thick of high value prefab areas 😉