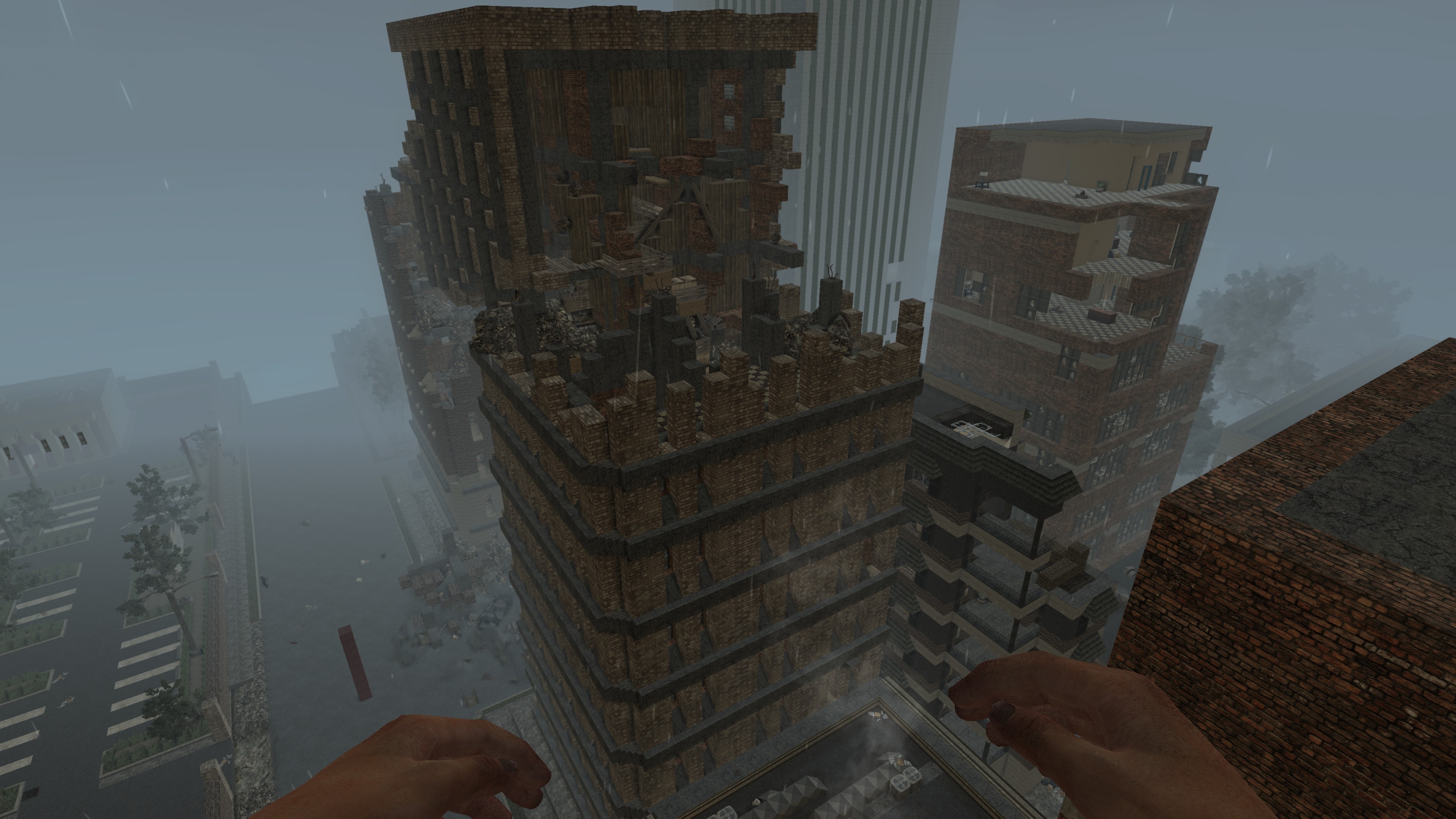 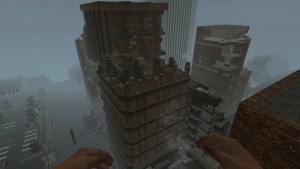 What the hell is a Slaanhatten?

Ok so straight from the pack folder read-me itself:

Slaanhatten is an idea born out of making a custom map for a multiplayer server that tries to combat some of the communitys (and personal) issues with the way the current random gen builds our world and the way it affects players gameplay and habits. It is intended to make the central area of the map a more sprawling cityscape that can provide a different urban survival style to the 7d2d expirience. It will be primarly built and balanced for a 48 player pvp dedicated server.

The city itself is a combination of a set custom road grid and a special system of prefab lots I have divised to make further customising and editing the area much easier, with the intention of also being delivered as a seperately maintained community project. Every block within the hub is saved as part of an 'Imaginary' prefab grid and the eventual dream is to maintain a level of detail set by both Laz man and Pikero in their respective custom works, TWD prison and Slum.

It is expected to work in tandem and primarily built with the compo pack maintained by magoli, providing a wide selection of custom hubs and prefabs into the surrounding area to provide good opportunity for exploration.

Around early October last year I had been blogging about urban survival for maybe 3-4 weeks, messing around largely with the rwgmixer and the vanilla style large city hubs.  Urban survival was the dream (and still is), making a more compact and interesting area at the center of the map was the method to achieve it.  Giving the sewer system/subway levels of the cityblocks the ability to be seamlessly connected and flow through the city was awesome, but it also made me realise how limited the area on ground level was.  Another prevalent issue was a lot of the cells surrounding the city were being used up by custom hubs, but many of these custom hubs consisted of a single building (in some cases a rather small one) surrounded by a road.  In short, beautiful prefabs or not, the custom hubs were using up around 12 cells surrounding the city and half of them were things that I wanted in the city, hospitals, malls, shopping centers.

So I start thinking, how about learning this custom hub stuff and start mashing three or four of these prefabs into a single custom hub.  This was quickly followed up with the problem that two hospitals a shopping center and mall looked pretty rubbish on their own and a little odd considering the hub itself would be in the region of 2000m away from another city or town.  The roads and all the other parts of the hub code I soon learned could not be another simple copy/pasta job, I would actually have to work out the coordinates for the prefab lot's and where the new roads that surrounded and connected the buildings would go, not a giant task, but still it was gonna be a grind. 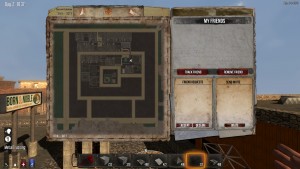 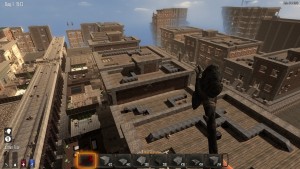 November 2015, I'd been thinking about how to re-work the custom hub idea and begun to wonder if I could just extract whole sections of a city to use as 'filler' in between these larger buildings, then this idea further expanded into the thought that if I was going to extract such big sections, why not just build up the in-between areas from scratch or using prefabs that were ready made where possible from the compo pack and design a mini hub made out of a handful of these cityblock sized sections with our core 'big' buildings spread throughout.

So I designed the road map for what would soon be called 'Downtown' and threw in the first handful of prefabs.  Now whats important to grasp here is I had been working with 117 x 117 size prefabs for a while, the vanilla cityblocks are this size, my custom cityblock prefabs with the sewers/subway... were this size, so I had a few reasons (read: potential shortcuts) to try and incorporate this size prefab into the hub itself, so the downtown area became the first true part of the 'imaginary' prefab grid system. 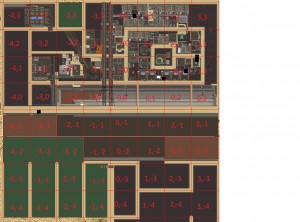 Downtown divided into prefab lots within the rwgmixer

Now this is where concept really meets crazy,  you can see each grid section of the Downtown area, basically every part of the map is named x_custom_city_#_#  (where '#' would be the coords withing the grid), because every prefab/tile is 117 x 117 squares we can calculate an infinite amount of prefab lots from 0,0 on the map (0,0 is represented by the small crossed red circle).  It would not only allow me and other people to allocate specific area's for particular builds,  it would not only allow me place within the game world a prefab of pretty much any size (after chopping it up into sections ofc), the possibilities were crazy.

Now it might not seem that big of a deal, but imagine you want to add some style of big building into a vanilla city (like a broken skyscraper making a bridge over a street),  you read the forums and learn the in's and out's and are hit in the face with a 45 x 45 limit.  Ok thats still a decent area, but what if you wanted that building in the center of a carpark?, what if that building had a sky bridge that connected it to another? there is hardly any room to maneuver with such a restricted size, the compo pack is full of peoples works who have stretched this limit to the max in many creative ways, but at the end of the day it is still a 'limit' and it's getting in my way.

Imagine having an idea, building that idea and not being bothered about the size or the area you want to use knowing full well when you've finished it and most of the hard work is done, you can deliver it in a way that can be used as a 'stand-alone' hub within it's own cell, but also at the same time, be integrated into something much MUCH bigger.

This is what the project is really about, a collaborative effort to produce a center hub that everyone from the basic builder to the advanced building whores can get stuck into.  It's a tried and tested method (it does have some issues, but these will be looked at in depth the further we go into the project), I've used my technique to convert Lowfdogs insanely impressive skyscraper district so that he can give to people something that will work on its own, but he also embraced Slaanhatten as an idea and allowed me to prepare for adding his hub as a new district. 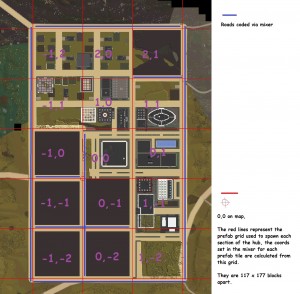 This is what Lowfdog received with his newly converted custom hub, previously he was working from a backed up save game. 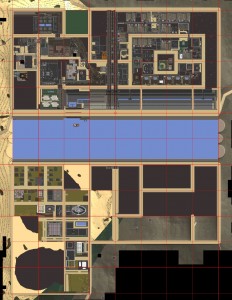 Bottom left, south side of the river you can see Lowfdogs hub in all its glory. Not the final work but an excellent proof of concept example.

I'm not trying to simply 'steal' other peoples works, this is about getting all the cool builds that cannot be currently used for many reasons that mainly stem from getting them to spawn in the game with the size restrictions.  If you have something you think may be interesting, and none of this is making any sense, then inbox me via the forums/comments below/grab me on steam.  I'm confident in my own ability to produce a substantial work that will having peoples eyes popping out of their heads (it has that effect already and it's not even finished yet...), but imagine if a handful of people produced one or two prefab tiles of their own, the hub itself can grow very big very fast and I will work with whoever is interested regardless of the scale of their individual visions, to help understand and integrate their works in a similar style.

That's all for now, I will over the course of a few blogs look further into the hub's mixer, how to edit and add to an area already within the hub and also how to add an 'extra' area to the hub as well as the building techniques and stuff I do editor side to put all this stuff together.  It's offical, the countdown to a playable release has started and I look forward to hearing from people who want to get involved. 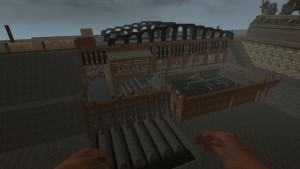 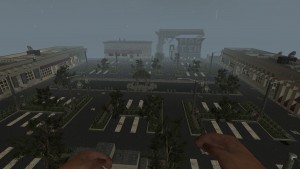 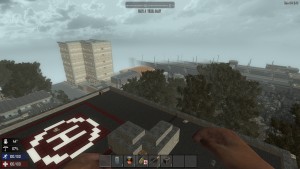 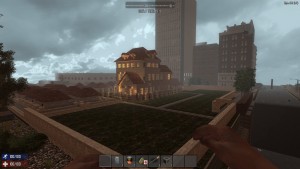