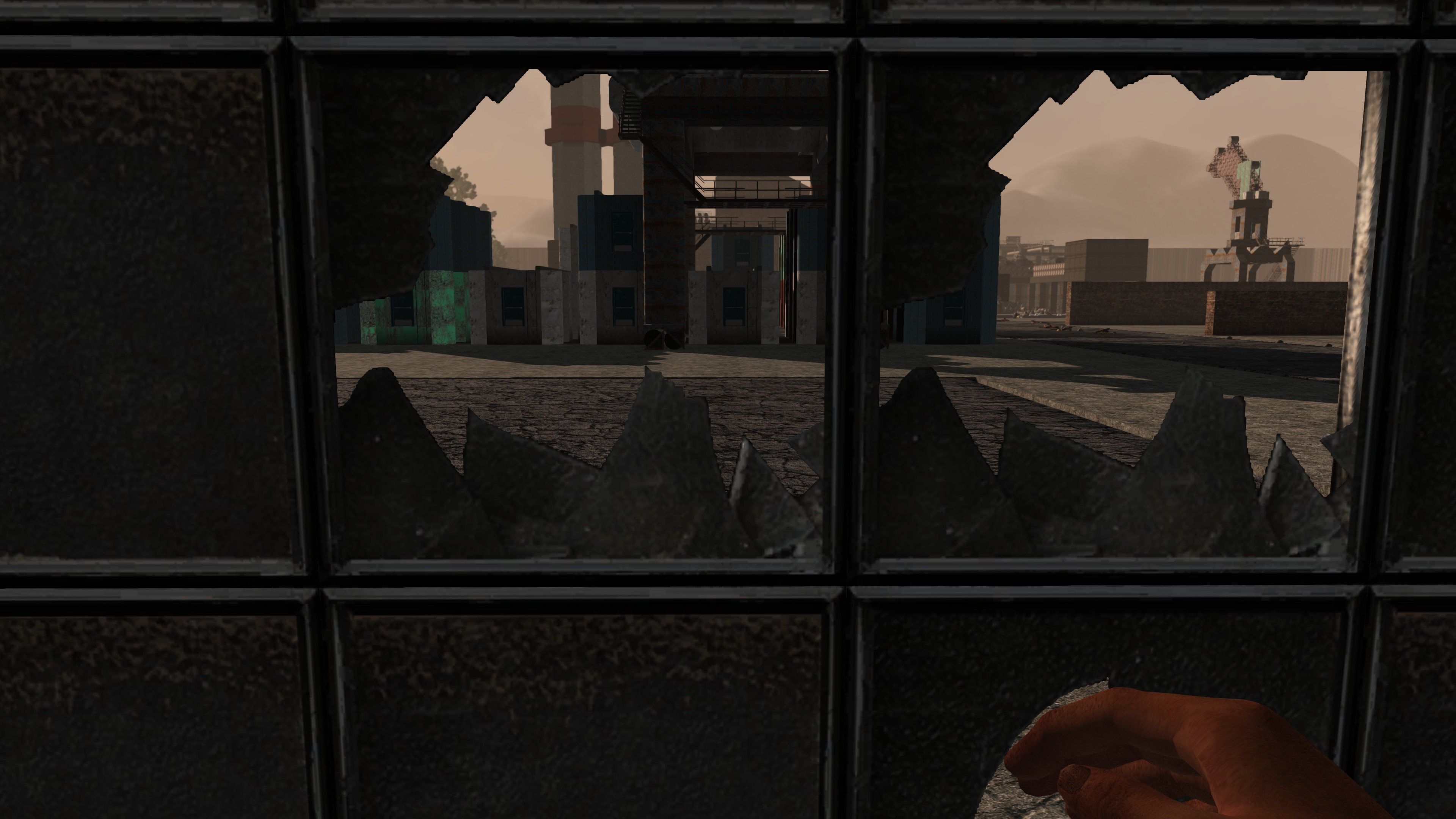 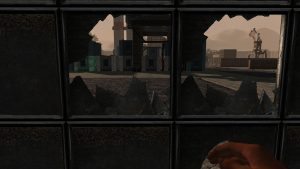 A sneaky peek at whats to come...

Alpha 14 saw the release of Project Slaanhatten v0.4 and despite having several different mini-projects and idea's going on inside the hub (like the sewer system...) I decided that the best course of action was to release what I had done so far, wipe the slate clean and viciously attack MSpaint to produce a new concept map.  Lowfdogs' arena dominates the skyline on the south side and I'd already experimented with a different style of residential area that would have  it's own flavor of shops and amenities.  I had two things I really wanted to focus on over everything else:

Firstly, filling out the initial area I have set down for the hub, it's nice to have the blank space to build and modify but when it comes to actually 'playing' with the hub in a survival game all of those empty areas really start to stack up and look (for lack of a better word) rather shite.

Secondly, getting some more bloody zombies into the hub! 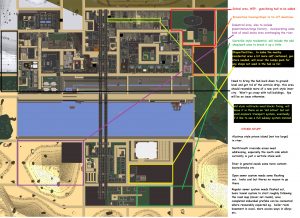 A new plan comes together

So after a relatively short play through  in survival on our dedicated server I started to get the itch to build and I had formed a sort of mental picture of how it was going to look... Diersville on steroids.  Now because this neighborhood was a simple case of using the vanilla stucco houses  and shops with a few compo-pack additions, the roads were already in place, it was quite a simple affair to add the buildings via Hals' prefab editor (outside of the game) and cover an absolutely gigantic area in quite a short period of time.  I created a custom set of street-like city blocks that contained well over 30 prefabs and use them to great effect 'tiling' approx 150 buildings over the course of a few days over-stepping the boundaries I had initially set out (oops!).

All of a sudden, the large arena that was dominating the sky was just a backdrop for this giant residential estate, the shops, town hall and bank formed a mini town center and 'high street' style look and we now have a weird maze of housing streets to play around.  The south side of the hub became it's own entity connected to it's big brother on the northern shore via the giant double highway, both sides quite different in appearance and flavor of loot while each having solid reasons to visit and explore.  The highway on the south side was expanded west approx 500m to compensate for the sudden increase in hub size and a picture was forming for what would become the first draft of the industrial area. 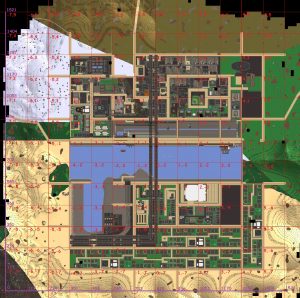 Now there's a separate blog describing the current state of affairs on our live server but from the projects point of view a few weeks before we went live, version 0.4.2 of Project Slaanhatten went out to the masses.  It's the 'current' version (at the time of writing) that's available for download and contained the newly built residential area and the first sculpting of the landscape in the south west and a rough concept of a steel factory.

I mentioned earlier that adding more zombies was also one of the main objectives but with so many different options to modify or bring them in, how to tackle the best became the bigger quest.  Do I just litter the prefab sections with large amounts of entities?  modify the biome or hub zombie groups?  how do these work with increased spawn rate from server options?  The short term solution was to 'spice up' certain areas with static entity spawners placed via the editor into the prefabs and give every prefab section the large zombie group trigger with varying trigger distances between the different sections, it was in my eyes enough to be able to notice the extra's but once they start getting killed and re-spawns etc it's still far from a perfect solution for multiplayer.

Also around this time, StompyNZ had linked me a post in which he had been playing around with certain things in the rwgmixer and discovered that if we added a new "hub size" section into the hubs hub rules (hubba hubba),  the world would generate a perfectly flat area the specified size.  So I experimented a little and discovered a small flaw with the system.  The 'hub size' area would generate north and east from the center of the cell so only a quarter of the city lay on it and I had some crazy long square walls running off into the horizon but what was really disturbing is the parts of the hub that were over the area generated a lot more seamlessly with the surrounding landscape and the only way to see for sure would be to re-write the custom hub code to shift all the prefab lots into an area that would drop the city into the correct space.

The new setup was spawning the hub in pretty much every seed that I tested and the main downside was having that large of a city spawning in the NE quarter of a cell meant the cell sizes themselves had to be made pretty big.  Not only would I have to compensate for the other three quarters of the city cell being quite empty, but each and every cell that generated would only get it's main hub (town/small city/rural) and be largely empty of prefabs.  Wilderness still needs looked at and as I'm set to keep this method of spawning the hub it will be something I'll focus on in some more depth when the time comes to roll out our A15 live server but with the addition of over 150 extra prefabs into each cell and playing with the roads a little, I pushed out in the prepare to die edition, a reasonable version that has been a good starting point for getting a feel for how things need tweaked.  All of these changes are quite visible on the current live server map. 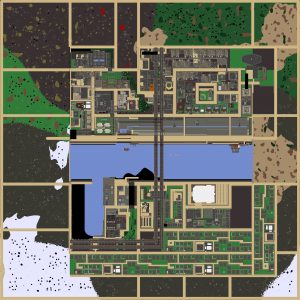 The full hub and set-out area in A15 experimental (b94)

The new experimental builds available through steam a few weeks ago gave me the urge to start picking the pace back up after a reasonably long break from the game,  almost two months of just taking a breather and waiting to see what was gonna go wrong with the project walking into A15 (I didn't spend any of this time catching imaginary monsters).  The constant mention through Madmoles' blogs of things like a new RWG and socket system, distant terrain, new roads, there was a lot of room for clashing with the custom hub layout code so although I've had constant plans for the city in general their's always been a cloud of doom wavering on the horizon.

Imagine my surprise when I copied over the hub code into the new rwgmixer, loaded up my first game and flew straight to my perfectly spawned city in all of it's glory.  Then as if hearing my anguished worries I read on the forums that the custom hub code is almost certainly gonna stay in the game through to release.  Four blocks changed their ID's...  I'm used to the project being shut down for a couple days through a version update and here I am playing with catwalks and vending machines in the middle of Slaanhatten!. 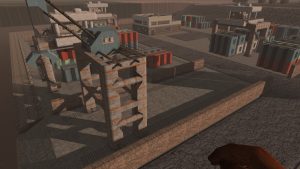 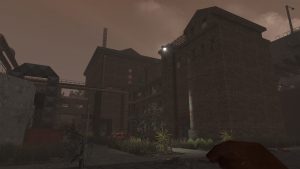 I'm making slow but steady progress with the industrial area, it's instantly become one of the best works yet and the city in general is slowly being molded into the urban jungle I dreamed of.  There's an excellent selection of new blocks and shapes to play with, metal catwalks are brilliant and along with the rusty metals have helped give the freight storage area and factory a run down, used and abused feel.  Building large areas from scratch takes much longer but deliver a much more unique view of the game and whats it's capable of and now we are at the point where instead of treating these big custom builds as individual works, they all become just small parts of a much larger city.

For version 0.5 (planned for A15 release) I'd like to see that last remaining 'empty' lots within the city be fleshed out even if in a temporary basic form, however the building process is a little slower as mentioned and I'd like to see the industrial area finished off with it's cargo ship offloading onto the docks.

Next time I hope to be covering an almost complete 'base' city being delivered onto our live server for a fresh Alpha 15 play through with a new set of entity placements and some tweaks to the zombie spawning.  If there's anything in particular you feel is missing or have some feedback or suggestions then feel free to drop a line in the comments or on the official forum thread/YouTube videos.

Till then, enjoy this preview video of the hub and how it looks in A15 with a nice tour of the industrial area and a look at how distant terrain doing its thing.